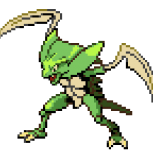 By turflam, May 23 in Provide Ideas & Feedback