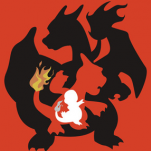 make you get a ban, cause I have it somehow , not sure how, just wondering cause I want to keep it but dont want to get banned more so asking now

5 answers to this question