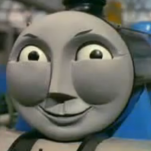 Curious as to when the admins started to work on the version 4 of the game and as to what their motives or reasons were behind developing a newer version after V3.

I remember the teases and the wait for V3, was borderline excruciating but in the end well worth it

3 answers to this question