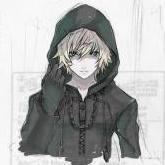 By marllonflaxDxD, November 2, 2016 in Discuss the Game