This topic is now closed to further replies.
Followers 3
Go to topic listing

Top Posters In This Topic

Personally I disagree with it.   1. While it is true that it could create an EXP sink, I think a better alternative could be done. For example, let's say any Pokemon over a certain EXP mark 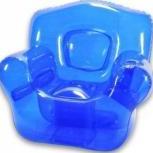 Though I love the idea, I don't feel it would work as it removes a crucial part of gameplay/trading. Doesn't give the new players a shot at the leaderboard as well. Though I've felt that vortex has be